How does that old saying go? The acorn never falls far from the tree. Plenty of truth in those words. And I guess that’s no surprise. Like father like son right? Things get passed along from generation to generation. It happens all the time. So if dad likes to fish, his son might like fishing too. Yes, father and son anglers. There is no fighting DNA. 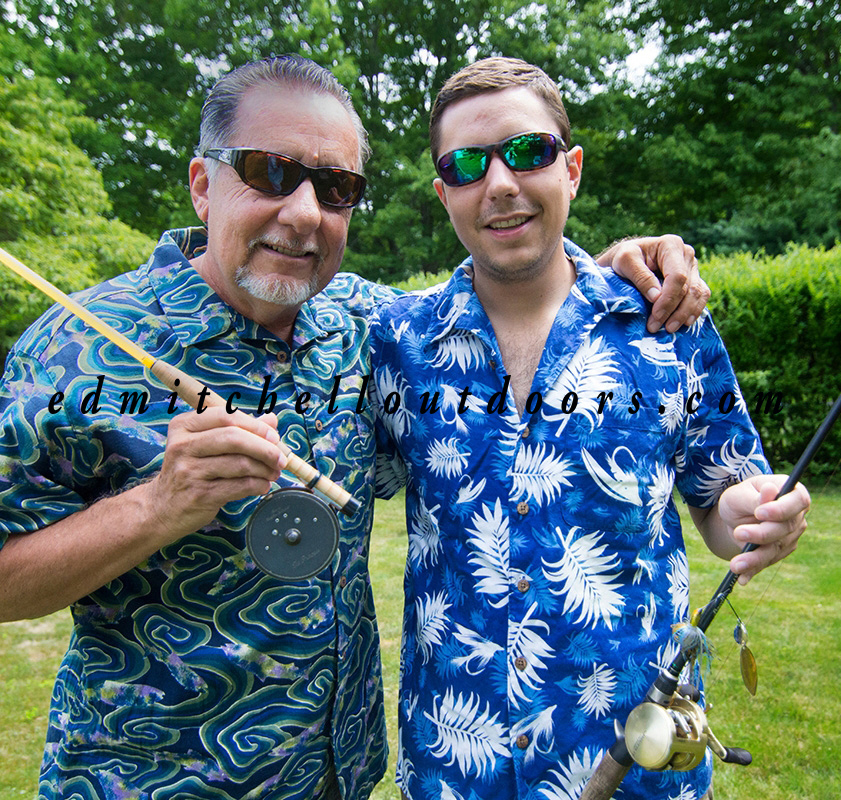 Last week my buddy Phil flew in from California. Phil has a mountain of photo experience, more than anyone else I know. So I asked him to swing by and take a shot of me and the son. I love how it came out.

Now I’m mainly a fly guy. My son is mainly spin /plug. But hey angling is angling no matter how you cut it. And get this, the fishing bug hit both of us around the same time of life. Is that magic or what? OK, he is younger, taller, smarter and better looking than his old man. But we’re still very much the same. We both love being on the water. We both love everything about the fishing. The chase, the tackle, the tactics, the Kahuna that got away. Yeah we’re both cut from the same cloth. Father and son anglers. My friends it doesn’t get any cooler that that.

2 Responses to Father and Son Anglers