Two weeks ago, Captain Pete Farrell called. He was summering on Block Island and  invited me to come over and catch a striper or two. Man, I jumped at the chance. Hey, I hadn’t done any fly-fishing on Block Island in over 20 years. (This post is an excerpt from a  magazine piece that appeared in American Angler in July of 2016  Find it here } 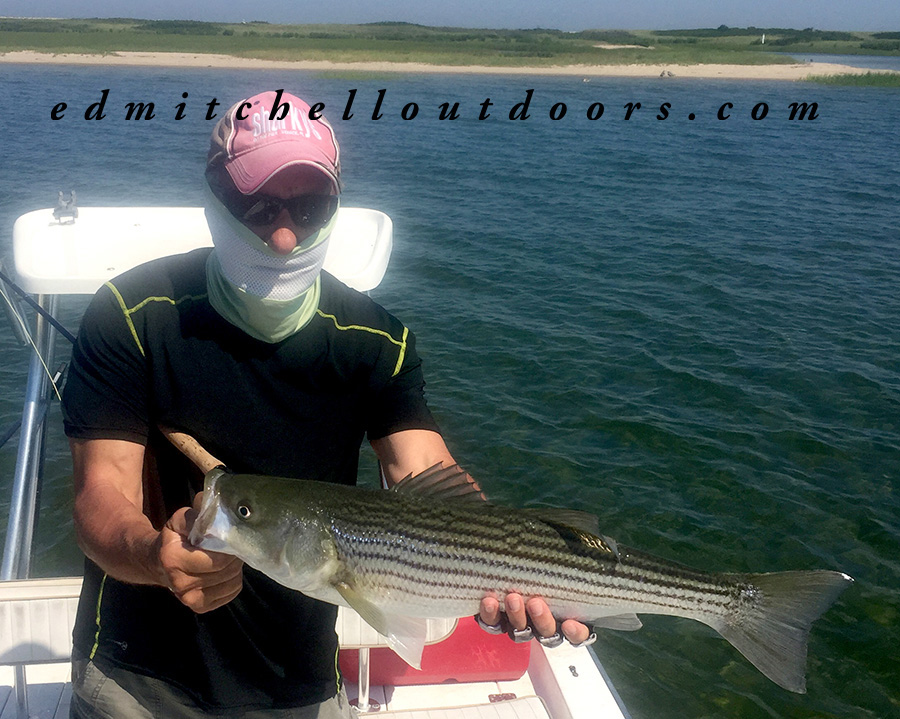 Shortly after I hopped the Block Island Ferry out of Point Judith. Shaped like a pork chop, the island lies hard to the North Atlantic some 10 plus miles off the Rhode Island coast. Dutch explorer Adrian Block is credited with discovering the Block in 1614, and then sixteen hardy souls settled there in 1661. And the island has been busy ever since.

As islands go, the Block isn’t especially large, measuring about 6 miles long and 4 miles wide, but it is a place of enormous rugged beauty. In fact the Nature Conservancy calls it “One of the 12 last great places in the Western Hemisphere.” 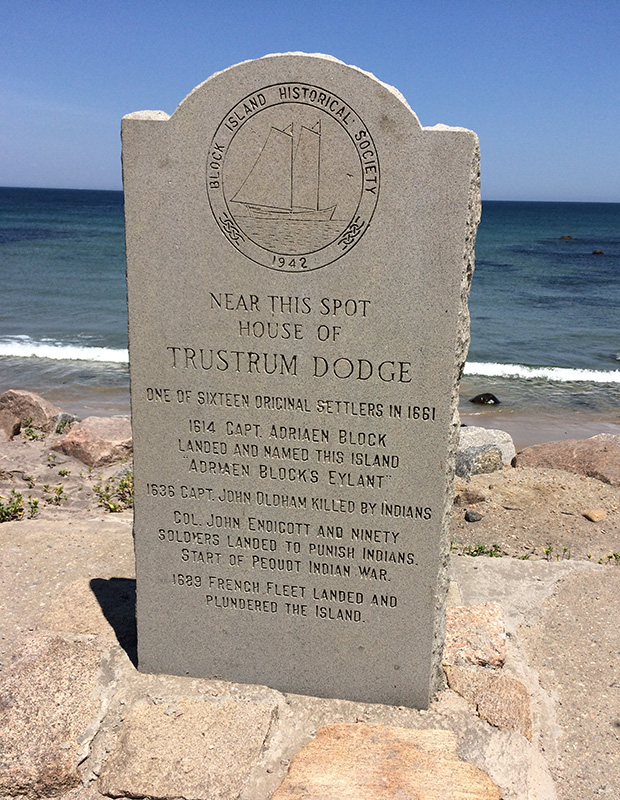 And Pete knows how to find them, believe me. Still fly-fishing from the beach can be very good. Steer clear of the island’s south side, however. Extremely steep, rough, and often loaded with heavy surf, these shores are as tough as fly-fishing gets anywhere. Instead, I suggest the north side of the island. It’s far more protected, especially in the warmer months, and a whole lot easier to fly-fish. I’d also recommend the inlet to New Harbor. While not exactly a beach, the inlet is a productive piece of water for fly-rodders. Check it out.

Now I’m a beach freak too, but I was far more interested in sight-fishing Block Island’s Great Salt Pond. And that is what we did.

As you can see in the top photo, our sight-fishing adventure was successful. Yes, big bass 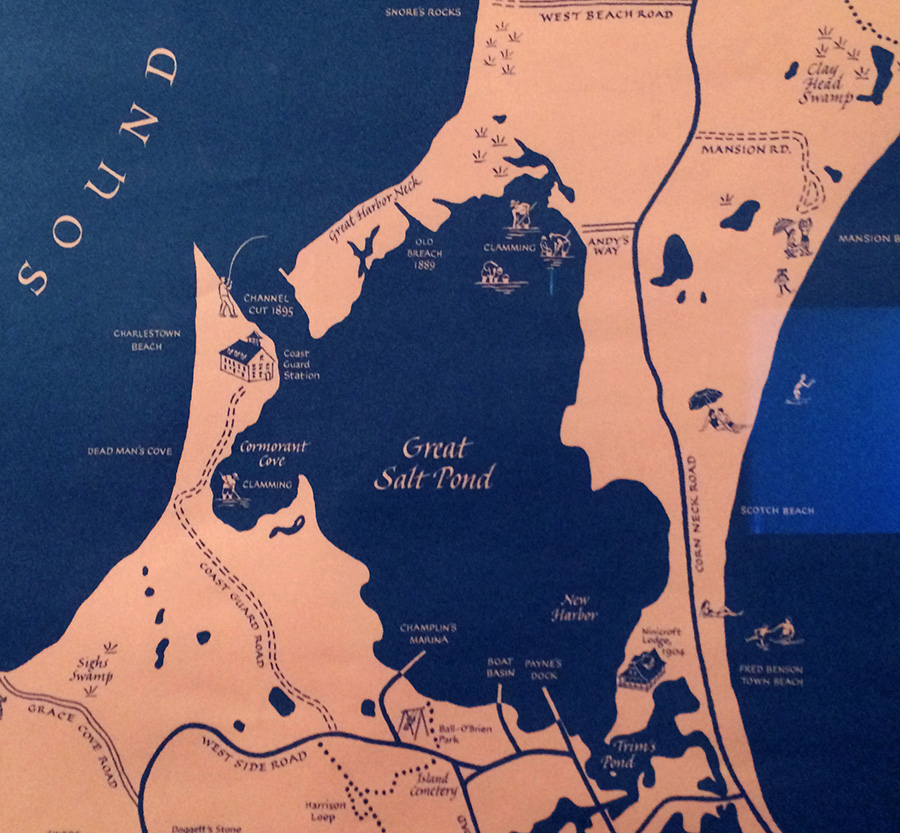 from a big boat, in big water is never bad, but sight-fishing in the shallows is always far more fun. My friend you just can’t beat seeing and casting to cruising fish in gin clear water.

Pete had use of a 16′ flats boat in  the “Pond”. So we were all set. The striper in the above image latched on to a small white half-half, and then took me right to the backing. Very cool. I hope to return to the Block again this summer. 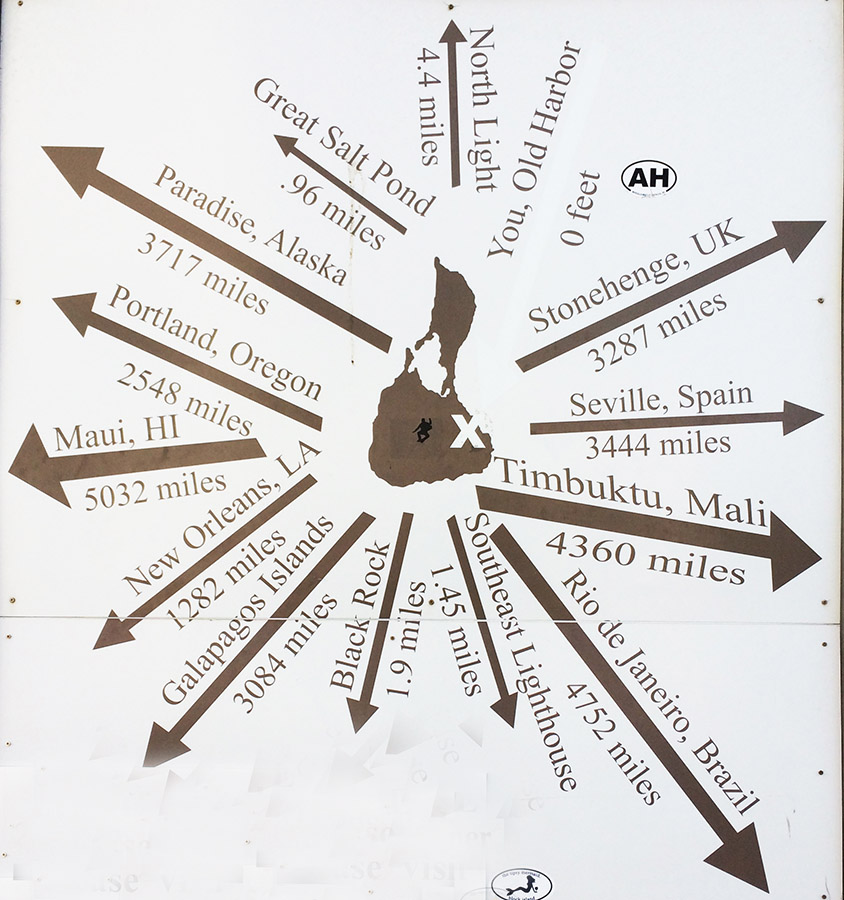 This entry was posted in Fly Fishing in Salt Water, On the Road. Bookmark the permalink.