Its time for an update on the sale of Plum Island, New York, perhaps better known as the Plum Island Animal Disease Center .  (It may be best to read my two prior posts on this topic. first, second) As you may know the General Services Agency, in collaboration with Home Land Security, has already listed the island 840 acres for sale , describing it glowing terms as prime water front footage. Hannibal Lector would certainly agree! 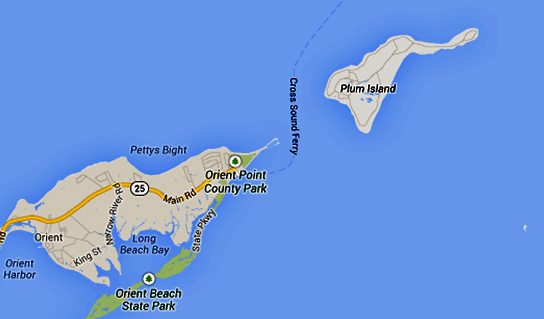 Still, the island is unlikely to be sold anytime soon. For one thing the new facility being built in Manhattan, Kansas will not be ready to accept Plum Island’s biological and agricultural terrorism research for another six years. Second, on July 7th of this year, a federal lawsuit was filed in an attempt to block the island’s sale. The plaintiffs are the Connecticut Fund of the Environment, The Peconic Bay Keeper, and Group for the East End. They lists several reasons for their suit, but my guess is this: the primary concern here is that the island not end up sold to the highest bidder.  Real estate tycoons such as Donald Trump would love to get their greedy hands on this parcel and develop it into luxury homes and high-end resorts. And you can be sure they are ready to offer the government mega-millions. Environmental groups see the island’s value far differently. But wouldn’t have the cash to complete at auction.

Many years back, several people, including myself, asked the federal government to consider making the island into a national park. I am hopeful  something like that can still happen.

2 Responses to The Sale of Plum Island, New York