spring as well and others. A freestone river, small and picturesque, it wanders through the hardwood forests of Marlborough and Colchester. Its headwaters are formed by the Black Ledge and the Jeremy. Later on the Salmon is joined by many tributaries, including the Dickerson, Day Pond Brook, Dawn, Flat Brook, and others before eventually reaching the Connecticut River.

Although the name implies a salmon run, sadly there is none. The Connecticut stocks the Salmon River well, however, with browns, brookies and rainbows. And there is a popular fly-fishing only section in the upper reaches. Overall the Salmon is mainly a springtime  fishery, with many hardcore devoted anglers. By mid-summer water levels drop very low, however, and anglers depart for other waters. But they return most falls. And the Salmon can fish well in the winter too.

Although the river is pretty, it is not terribly productive. Large black stoneflies exist, along with some caddis, and midges. But don’t expect thick mayfly hatches;  they’re scarce here. Why so little life on the bottom? I believe the water is hard courtesy of iron ore. Still, some dry fly action is possible.

My choice for the day was an 8 foot, 4wt Diamondglass fly rod armed with a floating line, and a 9 foot 4x leader. With the weather cool and the water only 51 degrees, fishing deep made the most sense. So I slid a strike indicator up the leader (Air-lock). Then tied on a bead-head caddis, and off the bend dangled a small soft hackle. These flies are an effective team. 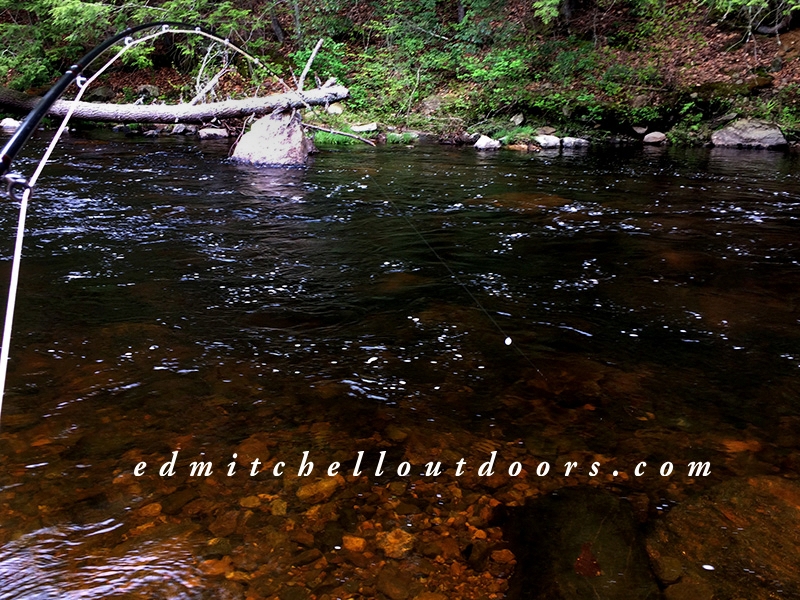 It took awhile, but the rig worked, taking a couple of decent rainbows. Above the Diamondglass bends with a fish aboard. In the picture below, you’ll see a rainbow fighting for the bottom. It took the soft hackle. All in all an enjoyable day on a river I have fished since my youth. 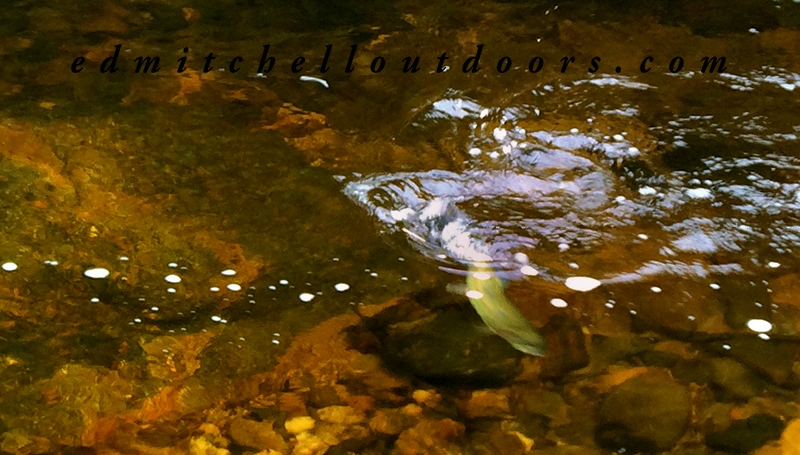 This Rainbow took the soft hackle

This entry was posted in Fly Fishing in Freshwater, On the Road. Bookmark the permalink.