The Farmington River is Slow

The Farmington River is Slow: The Farmington River is slow – right now. No question, it could bust wide open tomorrow, but still the present situation is surprising. The weather is good, the flow is good, water temperatures are good (53-55), Hendricksons coming off.  But clearly the fish aren’t happy. No risers, and working a nymph is damn slow business. Strangioso. 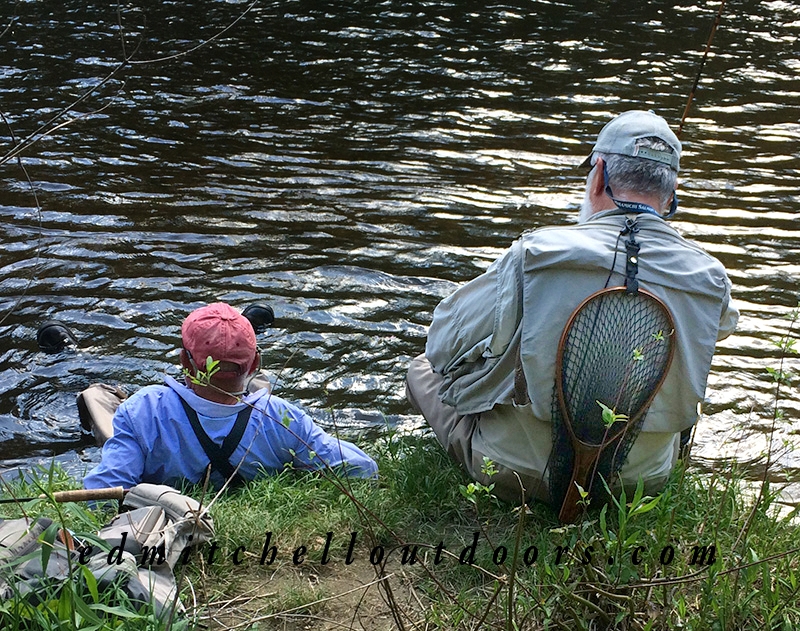 The Farmington River is Slow

This picture speaks volumes. Here’s two anglers parking their butts on the edge of one of the best pools on the river! They told me there were duns on the water but not a single fish working. Believe me I felt their grief. I visited 5 pools yesterday, from Collinsville to the extreme upper end of TMA and everywhere it was the same deal. Dead. Zilch, zero, nothing doing. It took me all stinking day to catch two small rainbows. Ouch. Guess I should have know something was up by the scarcity of anglers. Yesterday there was gobs of room to fish, all up and own the river! How often do you see that?

Why no rising fish? Damn good question. This happened last week too. Hendricksons popping all over the place, and no slurping trout? One popular theory being floated is this: the water has been so cold the fish are locked on the bottom. Sounded plausible, but an angler told me that weeks ago – when the water was considerably colder – the trout were free rising! His theory? He feels when the hatchery fish got stocked, the holdover fish shut down. Possible. Who knows?

PS Today held a bonus. Early in the morning, as I stood in the river, a large bird swooped over my head. Riding wide black wings, it came to rest on a tree across the river, flashing glimpses of red and white. Pileated woodpecker? You bet! While not unknown in New England, they’re something of a rare sight. Always great to see one.