Shakespeare Wondereel 1898 EC – A Vintage Saltwater Fly Reel    As saltwater fly-fishing bust on the scene in the mid 1970’s, anglers scrambled to find suitable saltwater fly reels. While there were a few high end reels available, mainly from Florida, most folks needed something more affordable. Often that meant using the venerable Medalist 1498. I know I did.

Gradually manufacturers rose to the task and more reels appeared to fill the demand. Today we’ll take a look at a less well-know fly reel from that era – the anti-reverse Shakespeare Heavy Duty 1898 Model EC.

I got this reel at Stars department store (Nu Star) in Torrington, Connecticut. In the 1980’s, Stars was a local landmark offering super deals on a wide variety of household paraphernalia, and had a fine fishing department too. ( Stars closed their doors in 1997) So I often swung by on my way upstate to fish the Housatonic River in Cornwall. 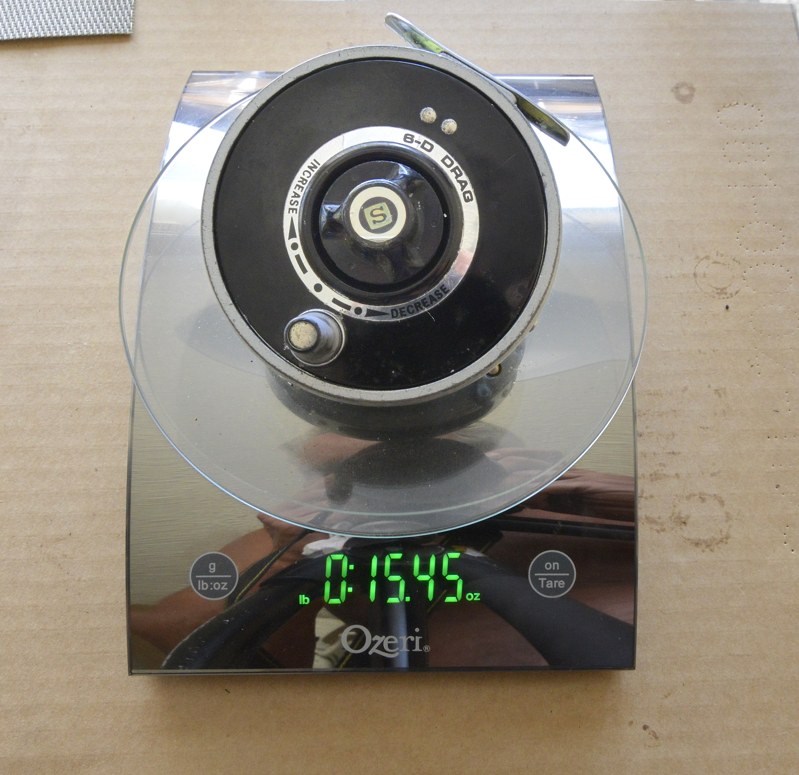 The 1898 weight almost a pound

Well there it was in the show case. Now I’ve never been a fan of anti-reverse fly reels, mind you. Still the price tag was enticing. New in the box with a vinyl case, I remember the cost being around $70. Okay, you know what happened next; I asked to see it. The salesman removed the reel from the display case, so I could fondle it. It proved to be a very well-make, sturdy, anti-reverse saltwater fly reel. Based on the quality, the price was a steal. Why so cheap? At that time the big boy Shakespeare 1898 was competing unfavorably with the lighter and more popular Medalist Supreme anti-reverse fly reels (577 & 578). Hence the 1898 was a poor seller and eventually discontinued. ( Interestingly Shakespeare also owned the Pflueger Medalist company as well, having purchased it in 1966)

The Shakespeare Heavy Duty 1898 was a truly indestructible tank. With 250 yards of backing aboard the 1898 tips the scale at nearly a pound! Wow! What a beast. But when you opened the reel up you saw why. It is built to last a lifetime or two. The gears, the pawls, the spindle and the rest of the inner workings were massive. No kidding. (I once rebuilt a Medalist Supreme anti-reverse 578 for a friend, who returned from a bonefishing trip and left the reel wet in its case for over a year. What a mess. Yes, the Supreme was a far lighter reel,  but construction-wise it was a toy compared to the 1898).

The Wondereel 1898 is a “spool-in-cage” design, with a diameter just a hair under 4″. It easily accepts a 10wt line. The line guard is reversible. (Not sure the reel is? Mine is right hand wind.) On the back plate there is a “free spool” lever. This allows you to freely pull off fly line without loosening the drag.  And you’ll find a spool release button was well. As you expect on an anti-reverse reel, the drag knob is front and center. It applies tension to  a powerful six-disc drag system. a popular configuration in those years for plug casting and spinning gear.

Many moons ago, I used this reel for striped bass and bluefish along the New England coast.  It saw only occasional use because I preferred direct-drive over anti-reverse. Still the Shakespeare 1898 EC ran trouble free many a tide, never offering up a problem. I trusted it. So if you’re looking for an inexpensive, second hand, anti-reverse saltwater fly reel, the Shakespeare 1898 is worth considering. Granted its a big chunk of metal, but it  was then, and is now, an attractive and reliable reel. 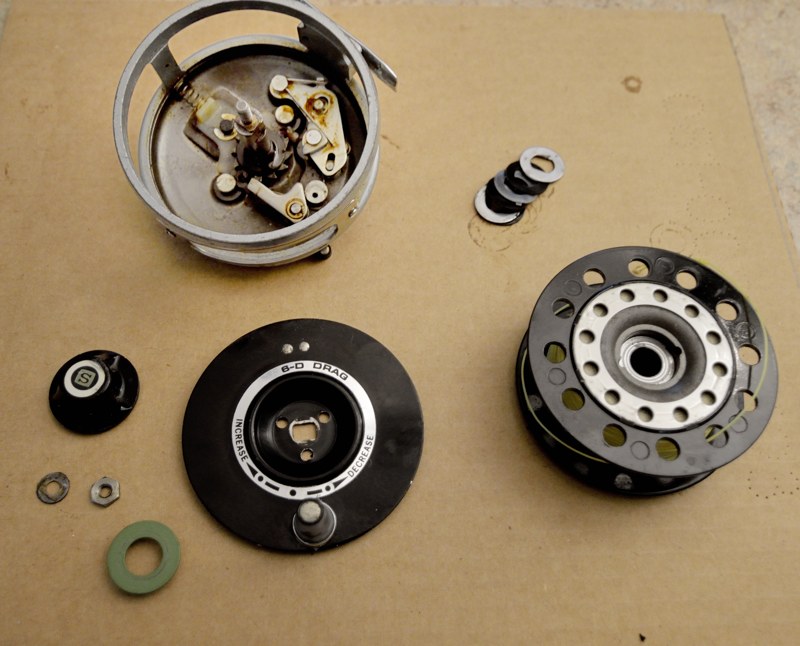 The reel is very beefy inside

This entry was posted in Fly Fishing in Salt Water, Gear. Bookmark the permalink.