Early Morning on the Flats

During the last week we’ve had some decent tides for “tailing” reds. So I’ve been getting on the water before dawn hoping for a shot. Now conditions aren’t bad. The water is clear and cooling,  and the wind light – all things in my favor. But I’m sorry to say the fishing for “tailing” reds hasn’t been productive.

Why? “Hitcher snook”. What are “hitchhiker snook” ? I’ve discussed this before but that was long ago. Time for a refresher. With water temperatures in the high 70’s there are plenty of snook around. And they are very active and love to follow the redfish on the flat. So wherever you find “tailing” reds, snook are likely close by keeping a greedy eye on whatever the reds flush from the bottom.

As you cast to a “tailing” red, the red has its head down in the turtle grass and very often doesn’t see the fly or simply isn’t real  interested. The snook on the other hand are not looking down as much, are very aggressive and immediately charge the fly.  Bingo. You chuck a fly at a “tailing” red and hook a snook instead. C’est la vie. 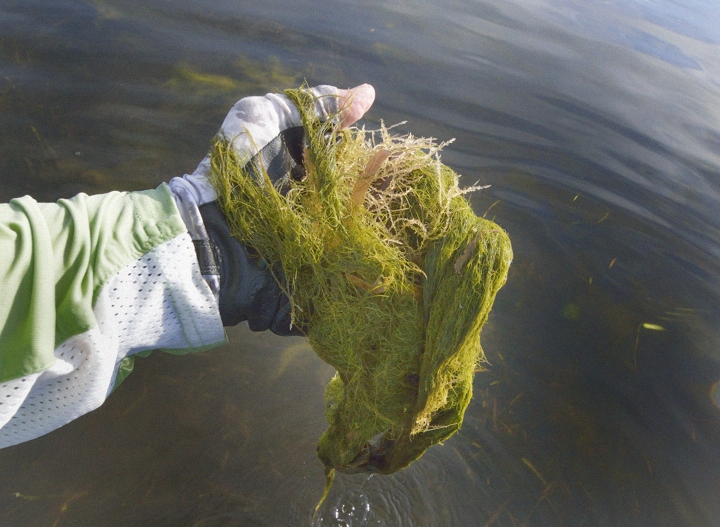 Before finishing up this post let me mention something of concern on my flats. In the last month a slimy, green wool-like algae was shown up, covering the bottom and tangling up in the turtle grass. Where it came from I have no idea. Is it connected to the blue-green algae issue we have on the Southwest Florida coast? Can’t say, but it’s causing problems believe me. For one thing your fly quickly snags up in the crap. Second its hard to remove. Kinda like the “mung” weed I used to see on the Cape Cod beaches. Third, fish you hook plow through the shit head first. Now its all over you leader and fly line. Major headache.