I’ve been so busy getting settled in here that I’ve not had time to explored the surrounding area. My friend Phil, on the other hand, did take a look and found a kayak launch near my house. Really? Well this morning I went and took a look. Sure enough, just down the road is a small cove off the Connecticut, an estuary with a nice kayak ramp. Great news! 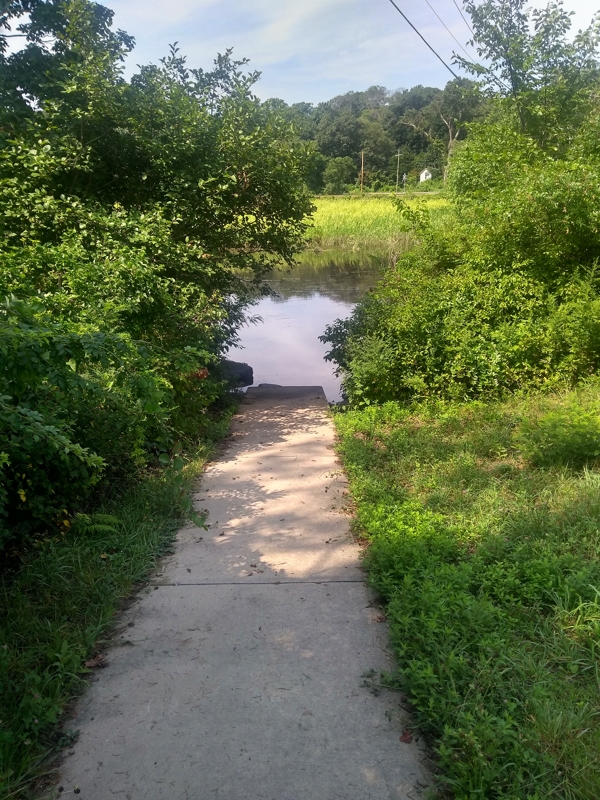 I’ve been close to the Connecticut River most of my life. As a kid I grew up around the corner from Wethersfield Cove. Later I spent many years paddling and rowing down at the river’s mouth in Old Saybrook and Old Lyme. And I’m a huge fan of the river’s far upper reaches in Pittsburg, New Hampshire. Wow the Connecticut Lakes are beautiful.

While in Pittsburg, several times I  hiked into the river’s tiny source. (see post here) What a hoot. Watching the river tickle down a mountainside. So I’ve seen the river from top to bottom, from its mouth in Long Island Sound to its birth on the Canadian line.

This entry was posted in Kayak / SUP Fishing, On the Road. Bookmark the permalink.