In the previous post we begin taking a look at a graphite rod from Tom Morgan Rodsmiths. Clearly we found a lot of attention to detail and a strong desire to produce a fly rod a step above what is commercially available elsewhere. 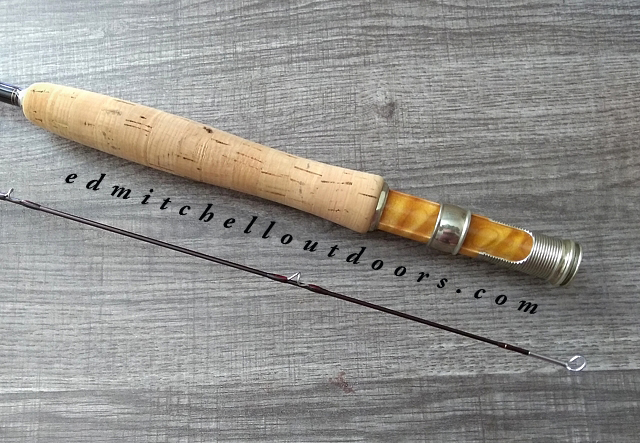 Okay this time around we’re digging deeper. My digital scale reports the rod to be 2.75 ounces. That’s light. Now if the reel seat was cork, I imagine this rod coming in close to  2 ounces. A super light 4wt. That’s not to say the existing reel seat is anything to turn up your nose at. In fact it is a handsome, single uplocking, nickel silver seat with an exotic wood insert and the Tom Morgan Rodsmith seal on the butt cap. Quite attractive. 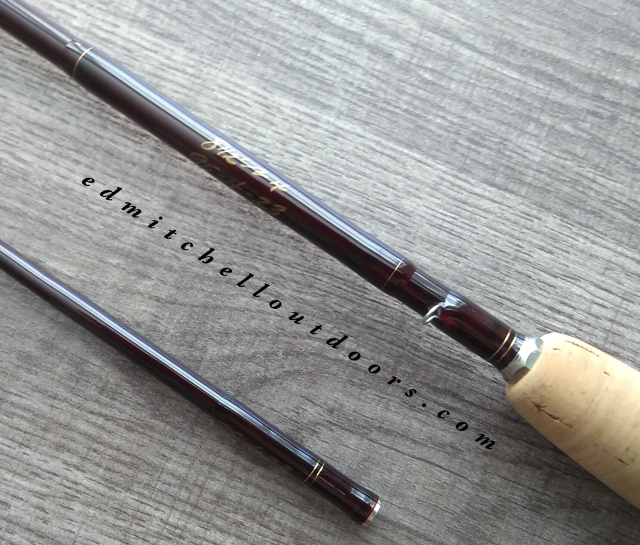 The grip is a 6.5″ long, half wells, with a nickel silver check at each end. Note both checks are octagonal, like the rod tube. Here again attention to detail. Moving forward we see a hook keep with red windings tipped in gold. The rod’s size and line weight are next, carefully written in gold lettering. The original owners name appears on the flip side in gold as well. And in the above photo, you see that the female ferrule has a check and the same color windings. 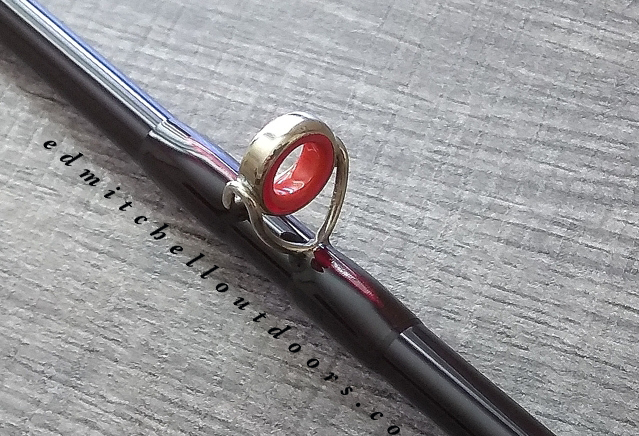 There is a single agate stripping guide, followed by snakes guides and a tip top. All wraps are perfectly done. Yes, more attention to detail.

Now we come to the “vintage” question I rose in the first post. This rod doesn’t have a serial number, but it does have a build date of  April 1995. Here’s why that is interesting. When Tom Morgan sold Winston in 1991, you can be sure the contract had a “noncompete” clause. That’s the way the business world works. Consequently Tom was unable at the time to start building rod commercially under his name. At some point down the road, however, Winston gave Tom the green light to start Tom Morgan Rodsmiths. When was that? Ummmm. As best I know it was sometime in 1995, making this rod one of the earliest Tom Morgan Rodsmiths made. In fact this might be the first one out the door, the first one Tom sold. Who can tell?

In the final post, we’ll take this rod out for a test drive. I’m anxious to see how it performs, and I imagine you are too.

This entry was posted in Fly Fishing in Freshwater, Fly Rods, Gear. Bookmark the permalink.