Recently a friend offered to lend me a fly rod built by Tom Morgan Rodsmiths. I quickly accepted. Why not? Naturally I wanted it to be a fiberglass fly rod. If you follow this site, you know I own and have reviewed a fair number of Winston fiberglass rods built under Tom’s watchful eye. These rods, sometimes referred to as the “Trophy Cup” series, have afforded me many fine days on the water. And I hoped to compare them to a newer Tom Morgan “glass” rod. This latest rod, however, turned out to be an 8’6′, 2 piece, graphite rod for a 4 weight line.

As soon as my friend handed me the rod tube, I realised something was up. 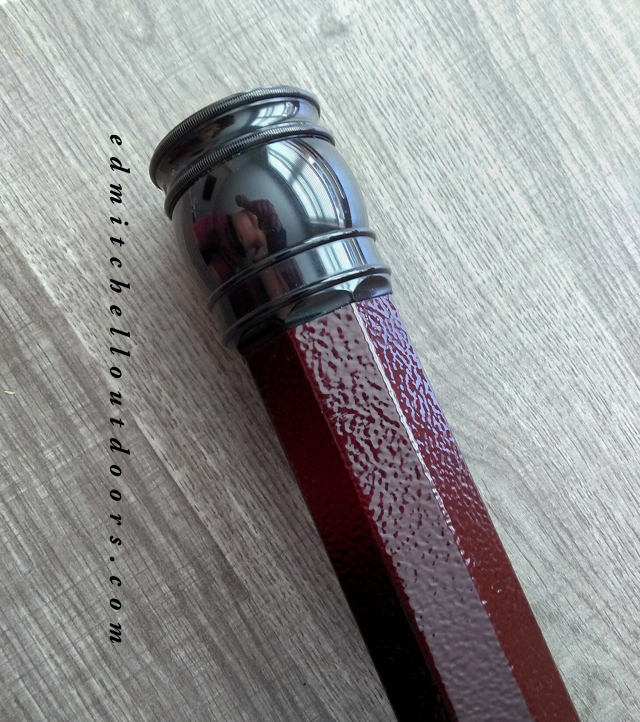 First off, it was exceptionally heavy, far heavier than any other tube I had ever felt. Man it was a brick. And it wasn’t round either?

When I got home, I immediately put the tube on a digital scale. With the rod and the sock inside, it weighed an amazing 3 pounds! Easily double what you would expect. On top of that, the tube was octagonal. Which meant it would not roll off a table or be hard to grip with wet hands. And the paint job was textured too. Wow, thoughtful.

At this point my antenna was up, ready to catch every detail.  A typical rod tube cap is a flat metal, threaded, disc weighing an ounce or two. This cap was 1.5″ tall, solid enough to be a damn door knob, and deep enough to hold a big shot of whiskey. And get this, it weighed over 4 ounces by itself. 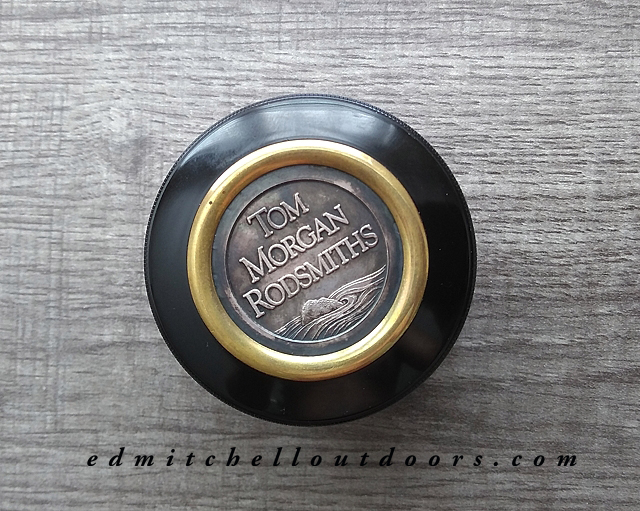 But what really caught my eye was what came next – the rod sock. It is beautifully made. Now rod socks are usually a single layer of material; this one has two layers and tips in over 5 ounces! The outside material is a dark red wine, echoing the tube’s color. On the interior, the sock is lined with a black velvet-like material, and the whole affair is hemmed with a colorful border. Yes I was impressed and I had yet to even see the rod.

Sliding the rod out, I discovered it to be expertly finished. The butt cap has a Tom Morgan

Rodsmiths emblem.Yet interestingly enough, I couldn’t find one on the rod itself. So is this a “kit” rod? No, I don’t believe it is. Rather I think the lack of a badge or emblem on the rod is a reflection of this rod’s vintage and how it may fit into the history of Tom Morgan Rodsmiths.

In the next post, we’ll delve into this “vintage” business and take a much closer look at the rod. We’ll cover what it weighs, the windings, the winding checks, the grip, the reel seat, the stripping guide and the other fittings. Then in a third post, we’ll get real serious and take this lovely critter out for a cast or two. Can’t wait! Part Two

This entry was posted in Fly Fishing in Freshwater, Fly Rods, Gear. Bookmark the permalink.