Well, the Fish Whisper continues to be superman. At sunrise Dave was out on the flat during a ebbing tide, searching for tails. And lo-and-behold he caught & released a beautiful “tailing” redfish.  Go going Dave! As always a tip of the hat to him. He is one of those amazing anglers that finds and catches fish even when the fishing is poor overall. Just how bad is the fishing in Southwest Florida? Perhaps I’ll cover that in the next post. 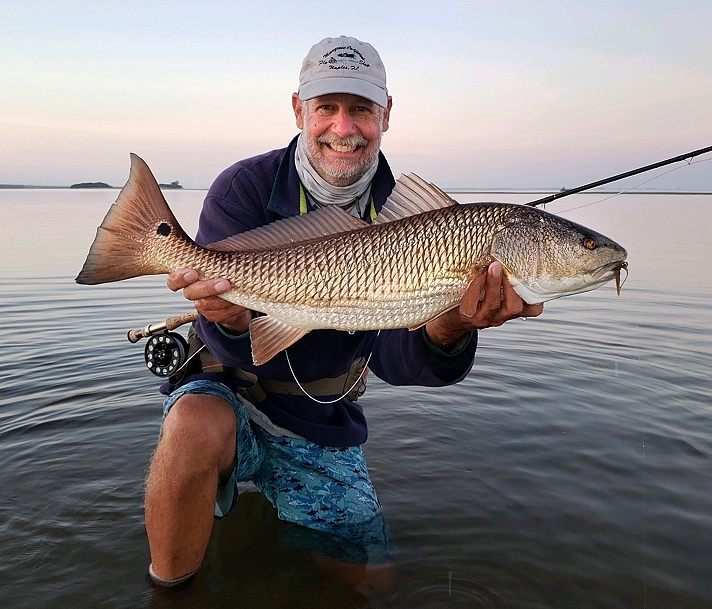 Dave told me the tide was very low and the reds were moving out from the shoreline toward the sandbar. On their way off the flat, reds often do some last minute feeding, “tailing” especially where there is remaining current. Gradually they move toward the sandbar where along the inside edge a trough exists, formed as waves cross over. The depth of this trough varies greatly, but where deep, it provides pockets for redfish to hangout at the bottom of the tide. It is also a good spot to check during the first of the flood. 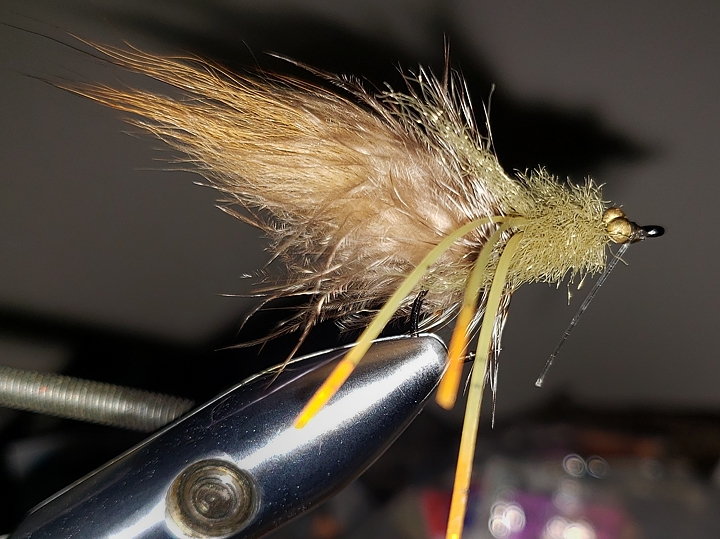 Dave was using his trusty Scott STS 8 weight. Its an oldies but a goodie. I have an STS 6wt that I like very much. Those STS rods are great for sight-fishing adventures. Just the right action. At the end of his line Dave had a lightly weighted Kwan. Bead-chain eyes? And his Kwan sports rubber legs. I’m a big fan of them.