Southwest Florida is Catch & Release Only

Southwest Florida is Catch & Release Only

Did that title catch your eye? Well release it. Its not 100 percent true. Let me accurize things a bit. Right now, in nearshore waters from north of Port Richey all the way south to Naples the principal recreational fisheries are catch & release only. What are the principal fisheries? The big three. Spotted sea trout, snook and redfish. How large an area is that? Its roughly a 200 miles drive from Port Richey to Naples, but in terms of coastline, man-oh-man. I’ll venture its at least 500 miles! Let that sink into your head. That’s a huge closure to harvest. 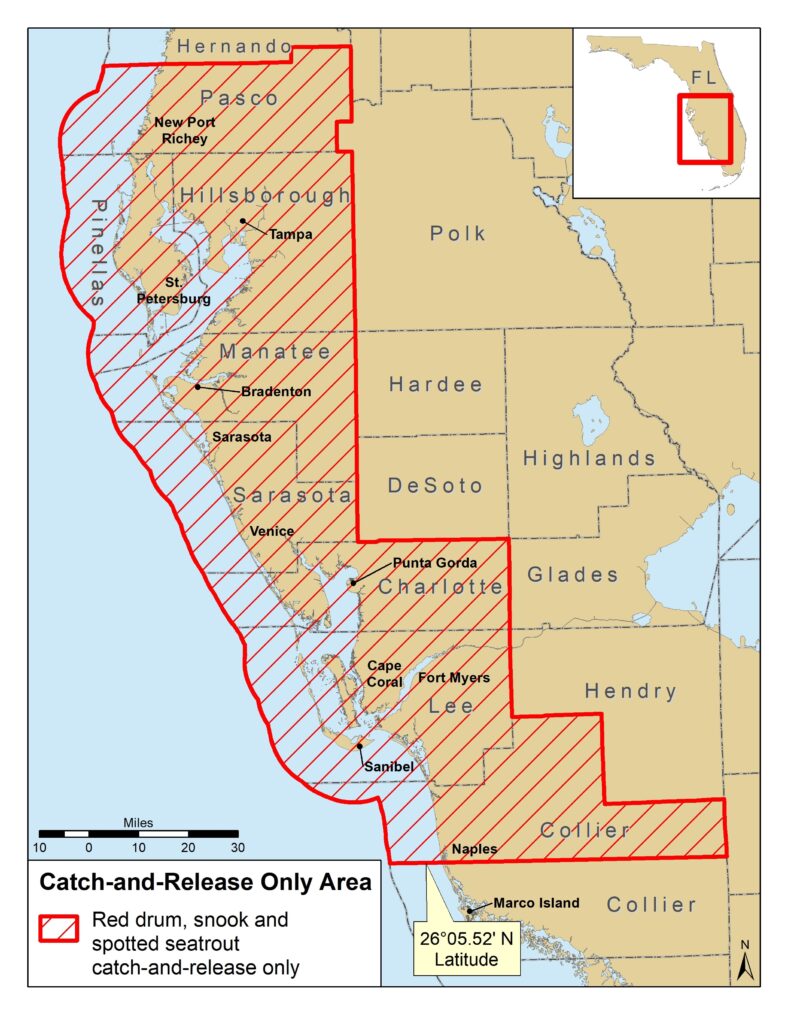 Obviously this regulation is a concerted effort to save these stocks. Red tide, blue-green algae, and fishing pressure has taken a wicked toll, as I pointed this out several posts back. But you have to think tackle shops, marinas, boat dealers, and anglers are crying the blues big time. You can bet a lot of boats are up for sale. Even back a couple years ago when I lived there, guys were talking about dumping their boats.

Snook has been closed to harvest for sometime and will not reopen until September 2021 at the earliest. Spotted sea trout, once the primary winter recreational species, remains shut down too, and will be that way at least until May 31st of this year. Hell even five years ago catching a legal size spotted sea trout in Charlotte Harbor was cause for celebration.  Redfish are also limited to catch & release until May 31st. And if fisheries managers are wise, all three should stay closed indefinitely.

Southwest Florida also badly needs regulations that protect fragile marine zones. Right now motor boats rooster tail up and down the flats all day long, spooking fish and ripping up essential grass beds. Crazy shit. Skeg scars crisscross everywhere. Awful. Pole and electric troll areas must be established and enforced! But don’t hold your breath. Florida isn’t known as an environmentally proactive state. Regulation like this catch & release business only arrive after the shit has already hit the fan. And I’ll bet pressure from the public will reverse these regulation by this summer.