The Hendricksons are Coming

The Hendricksons are Coming

Spring is the time of year when what is arguably the best dry fly action of the season is set to come off. I’m referring to Ephemerella subvaria, the mighty Hendricksons. Like all hatches on freestone rivers, the Hendrickson hatch is a bit difficult to precisely nail down. In his book Trout Flies and Flowers, Ivan Mahoney connects the hatch with appearance of violets in the spring. Yet I have heard other people connect it to forsythia. (See 2021 Update here)

In their 1975 book Hatches, Al Caucci & Bob Nastasi say that in the mid-Atlantic states the hatch occurs as early as the first week of April. Farther north into Southern New England, they report the hatch is typically delayed until the final weeks of April or even the opening days of May. North of there, the hatch can go well into May or even early June. This varied schedule is attributed to differences in water temperatures. Caucci & Nastasi write that the required temperature is between 50-55 degrees.  Adding that the hatch usually occurs in early afternoon until as late as 6pm. 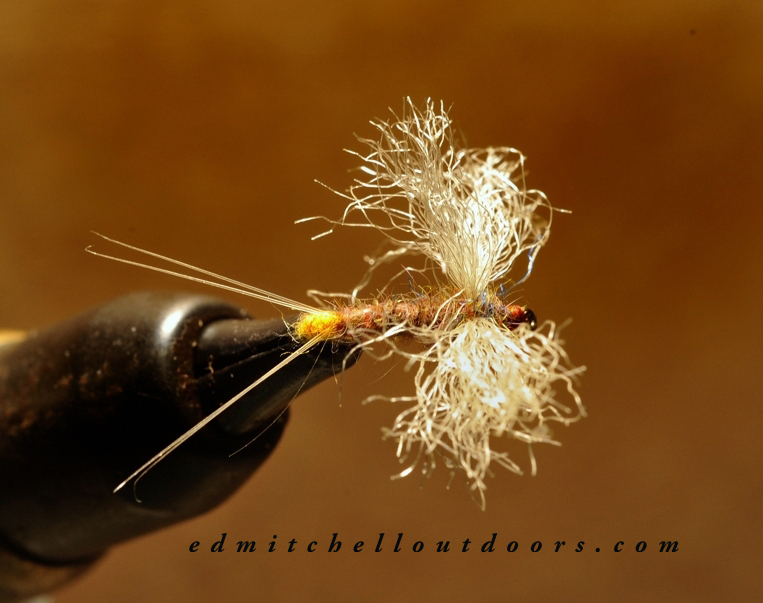 A Little Dry Fly History: The well known Hendrickson dry fly was created in 1916 by Catskill tier Roy Steenrod, who had studied tying with Theodore Gordon. Roy named the fly after his angling buddy Albert E. Hendrickson. Many years later Art Flick developed his famous Ephemerella subvaria dry fly – the Red Quill. (He borrowed the name from an old English fly) Flick felt his fly was a better imitation of the male Ephemerella subvaria, and Steenrod’s fly a better match for the female. During the hatch, Art believed one riffle might have only males duns and the next riffle downstream only females. For that reason he urged anglers to carry both patterns. By the way Ephemerella subvaria is the only mayfly with a distinct male and female. Note a popular fly called the Lady Beaverkill sporting a yellow egg sac just forward of the tail. The origin of this fly are murky, but some say DuBruce Blacksmith and George Cooper developed it around 1890. It is tied both as a dun and a spinner.

The last fly I’ll mention is the Klinkhammer. This is a more recent fly originally created in the 1980’s for grayling. It is a unique dry fly in that the tail slopes underwater to represent a dun struggling to leave its nymph shuck. You might call it a dun/emerger.  Learn more here.  An excellent fly.   See Update here

2 Responses to The Hendricksons are Coming