A Winston Retro Rod: Part One

A Winston Retro Rod: Part One

Lets look at  another Winston fiberglass fly rod. This time around its a 8′, 3 piece, 4wt Winston Retro Rod. The rod, seen below, was given to me by Winston around twenty years ago. (I believe in response to an 1998 magazine article I had written entitled Retro Rod.) Sadly these Retro rods were not a commercial success and only available for a few years. If you’re a fiberglass aficionado, however, I highly recommend you search for one of these 4wts. The fit and finish is excellent, as you might expect.  And it is a superb companion on small to medium rivers. You’ll love this rod. I certainly do. So lets take a closer look at these special, and now rare, fly rods . In the next post we’ll cast it. 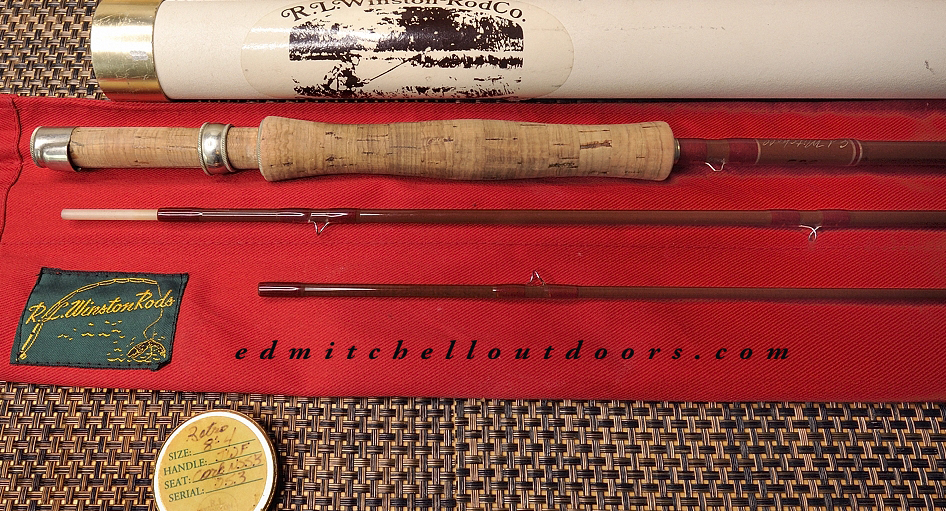 Back then, the Winston catalogue stated:  “The Retros are as close as we can come to the reproducing the 73-75 fiberglass rods from Winston’s San Francisco shop.” As you may know those wands are world famous and highly collectible. So how did Winston do with this reincarnation? In terms of appearance, they pretty much nailed it. (We’ll deal with casting in the next post.) The blanks are nearly the same color. (The older rods are a touch darker.) The wraps are the same Gudebrod red, tipped in clear.  The “Trophy Cup” badge is alive and well. White spigot ferrules return. The old and new rod bags are similar, both sporting the attractive green & gold woven label. Yes, there are obviously updates. The Retro rod wears a modern stripping guide, replacing the original carbaloy one. And the rod tube is nicer that the vintage one. 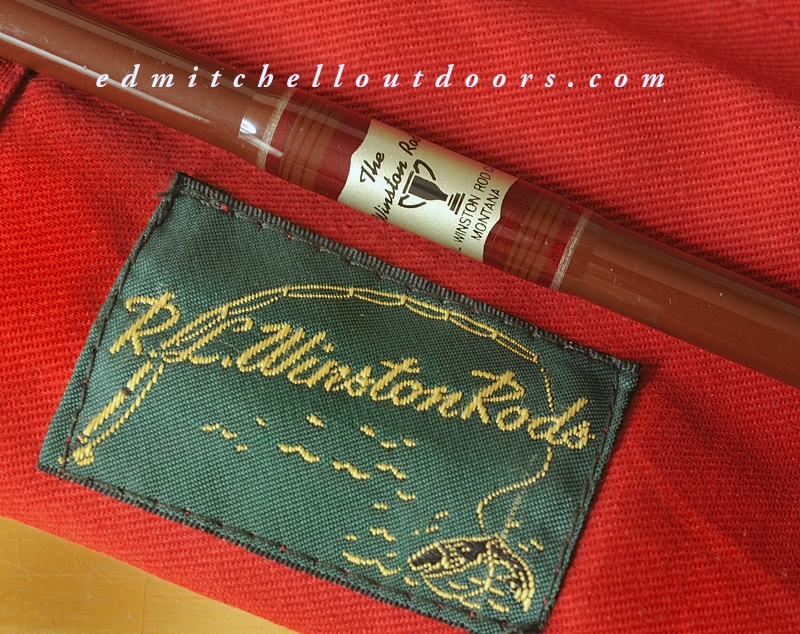 Like the  original Winston Stalker series, the Retro rods were offered in only 3wt or 4wt. Unlike the Stalker series which had 9 models, the Retro rod had only 8, but included some very short rods down to 5′. Stalkers came as 2 piece rods. (Back in the 1970’s, a 3 or 4 piece rod cost  an additional $2.50) The Retros were mainly 3 piece. All of them were listed as having “slow” action. While vintage Winston Stalkers were called slow or medium depending on the model. Back in the early 70’s the Stalkers commanded the princely sum of $65. By the end of the 70’s they were up to $90. The Retros were priced at $525. Lordy how times change.

The Retro Winston offered me was serial number 1#, with a down-locking reel seat, and a wood insert. Since the original Stalkers came with a slide band real seat, however, I felt that was more accurate and would also noticeably lower the rod’s weight. Winston kindly made the change for me, but the serial number was no longer 1#.  Before I forget let me mention that the original Winston 8′ 4wt was called the “The Tom Morgan Favorite”.  Okay Here’s Part Two

2 Responses to A Winston Retro Rod: Part One