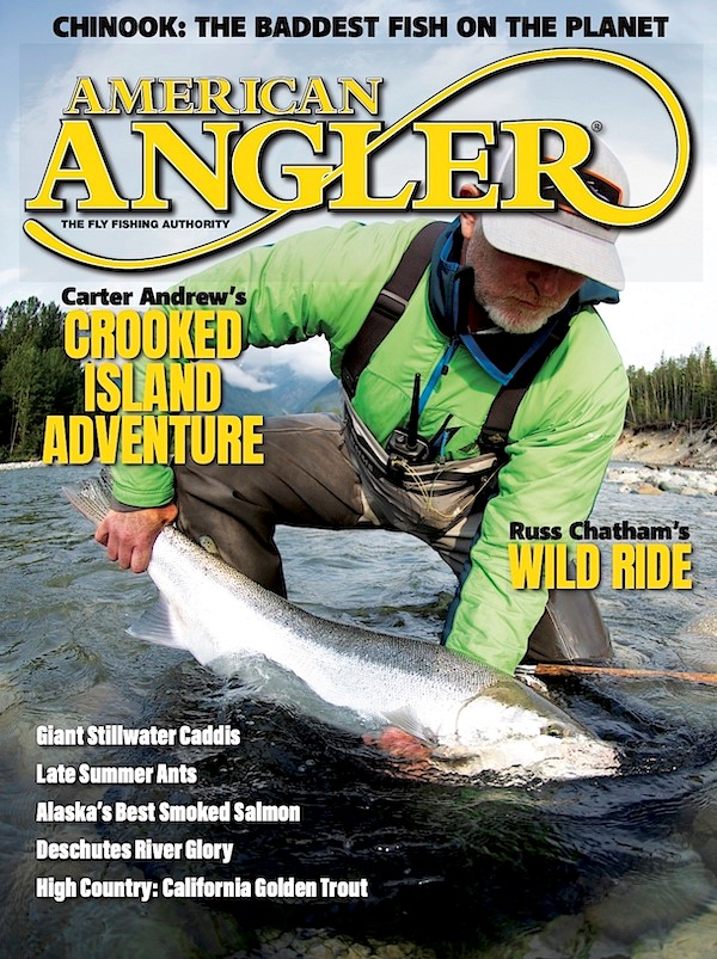 Not long ago, I posted on the demise of American Angler’s print edition. Well guess what? Back in July, American Angler’s digital version went belly up too. Granted I’m way the hell late in reporting it, but felt all along it was inevitable. Here’s former editor Greg Thomas’ final thoughts.

When American Angler stopped the presses and shut off the lights, the writing was on the wall. (terrible pun) The magazine wasn’t making moola. Frankly I doubt even American Angler’s parent company, Morris Publications, is on rock solid ground. Publishing is a troubled business, my friend. Many are called, but few are chosen.

Well, I guess the Coronavirus fiasco was a factor. Yeah, the bat bug gave the fly-fishing industry a blackeye. Retail shops had to close, at least temporarily. I bet some went belly up too. Guides, a fragile business to begin with, got an avalanche of cancellations. Some of which landed at the height of the fishing season. Even the big boys like Orvis and Sage had to mask up and shut down. And the worst of it landed in the fly-fishing travel industry’s lap. Man, they got both barrels. Anglers didn’t want to travel and even if they did airlines and lodges were closed.

On another level I would have thought our yearlong hermitage might have given American Angler a new lease on life. Internet traffic soared. Man, some states experienced upwards of nearly a 50% increase in internet traffic. The UK had nearly an 80% boost in demand. People were on their desk tops; on their laptops; on their IPads; on their mobile phones – all wandering the web. And sportfishing saw a huge surge during the Coronavirus. Folks hit the water in record numbers. Yes, fly-fishing is the smallest segment of sportfishing, but it saw growth too. Believe me. In fact, it may be at its highest level in a long, long time.

Still done is done. The magazine had a long wonderful ride, dating back some 40 years. Born under the name Fly Tyer, it was the brainchild of Dick Surette working out of his fly shop in North Conway New, Hampshire (Now called North Country Angler). Slowly it morphed into American Angler & Fly Tyer, and then simply American Angler. May American Angler rest in peace.