Its been awhile since I reported on this adventure. As you may remember, back at the end of March my son rescued a 1987 17′ Aquasport. Click on these links to see the first post and the second post. For a variety of reasons no additional progress has taken place until now. But the next step is underway. And most notably it involves the old transom. 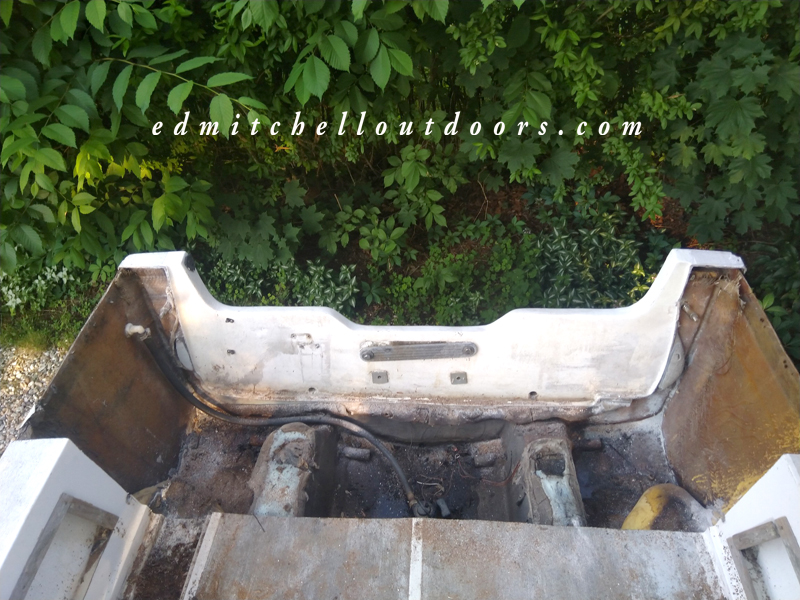 The hull itself looked pretty solid, but we knew right from the start that the transom was a major question mark. The left side had an odd wavy texture indicating it had been sloppily patched at some point in the past. So there was no question the transom needed investigating and might have to be replaced. As you can see in the top photo, my son first removed the last 18″ of flooring leading to the transom. This gave him access to the full interior backside of the transom. 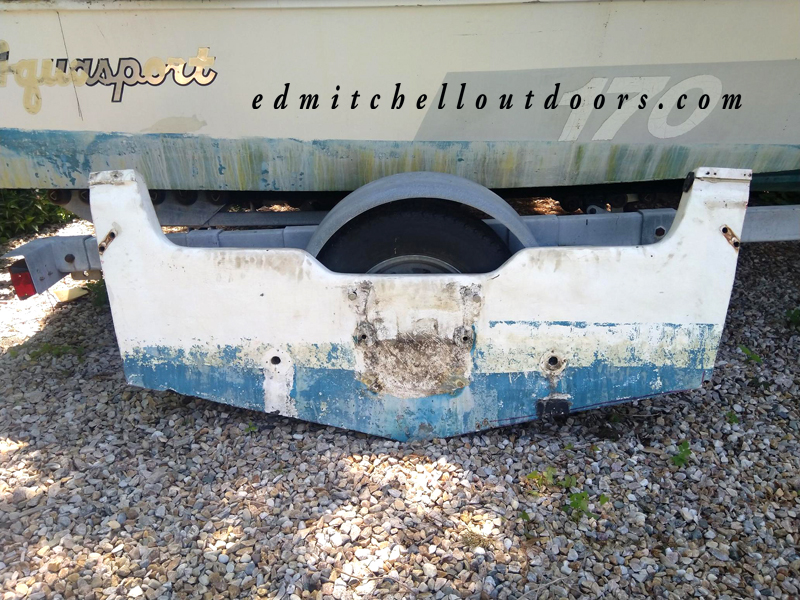 My son believes the previous owner had used a “pourable” transom patch to solve a structural issue. Unfortunately the patch was not properly applied. There were voids in the material. Not good. And as I mentioned earlier, the exterior of the patch was heavily bulged. 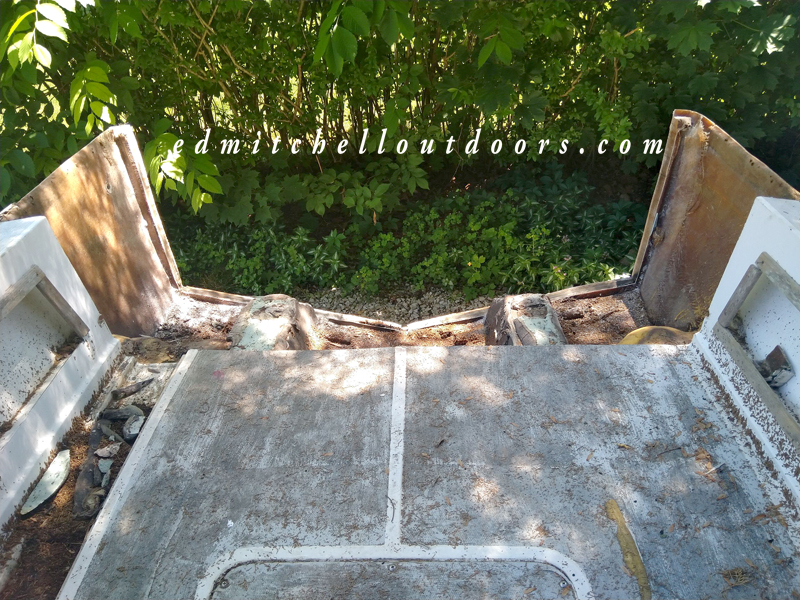 At that point, using a carbide blade, my son cut the transom out. As you may be able to see, my son left on about two inches on either side of the opening to provide attachment points for a new transom.  How that will be built is under discussion. But the rescue is moving forward.  Onward to Part 4.