A Trip to Purgatory, part 3 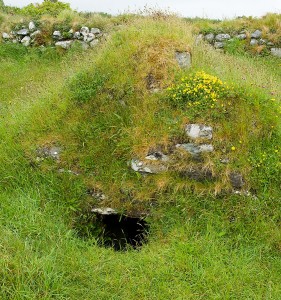 The following day I brought my friend Jim along, figuring he might like to see this odd graveyard mound. He immediately found the thing puzzling too. In an effort to learn more, I took my camera and stuck it as far down the hole as I could. After firing the shutter, I pulled the camera out and looked at the screen on the back. The image I saw was unnerving, to say the least.

At this point Jim was completely convinced we needed to climb down inside. Me not so much. Subterranean work in a graveyard isn’t exactly a sanctioned activity, unless you’re a damn body snatcher or worst. Still this adventure had both of us on the edge of our seats. 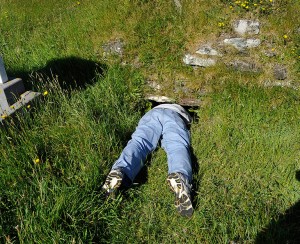 Eventually curiosity got the best of Jim, and he slowly lowered himself into the hole, as I stood to guard. Bingo, he disappeared. After a few moments, I heard Jim mumbling something I couldn’t quite make out. Still he definitely was alive and functioning. Then he asked a few questions about setting up his camera up for low light. I gave him some advice; things then got real quiet.

Next thing I know Jim is emerging from the underworld. Now I have known him for most of my life, but the look on his face was something I had never witnessed before. It was like he had seen a freaking ghost. Without saying a word he got his feet and stumbled off into the graveyard. 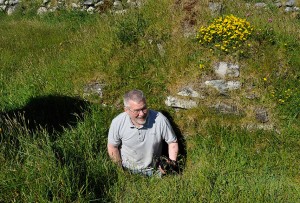 Frankly I was numb for a moment. Still I could not let him be the only one who saw whatever it was he had seen. Hell no. So I jumped into the hole…….Okay get ready here comes part 4