More Jacks on the Flats

During the winter, the wind comes up here in Florida. Depending on its strength and direction, some days it makes fly fishing very difficult. With that in mind, recently I bought a 10 pound spinning outfit, and some suspending twitch baits. Today it paid off. 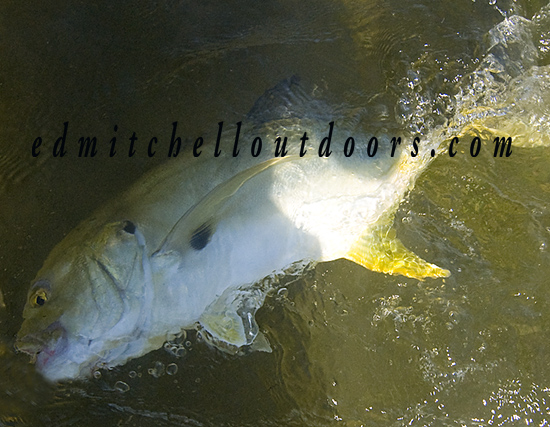 Releasing a Jack on the Flats

Towards the end of the afternoon, the wind rose in the west, and I put away the fly rod. Using a Mirrodine 17 MR, I put the spinning rod to work on a flat near the marina. About ten casts in, I got a violent strike; one that literally sent white water into the air. Then the drag sang for several minutes, emitting hundreds of feet of line as the fish rocketed across the flat. I was hoping it was a huge red. Instead it turned out to be a 7 plus pound jack. What a war. Man these jack are as good as it gets on the flats.

This entry was posted in Kayak / SUP Fishing, Uncategorized. Bookmark the permalink.