Ocean City Fly Reels 76 & 77: Looking for an inexpensive freshwater fly reel? One that’s simple, sturdy, reliable, reversible, and suitable for trout? Or maybe you just want a backup reel in your tackle bag? Or something your kid can use. Okay, l got a suggestion for you. Consider an old Ocean City 76 or 77. They’re great buys. 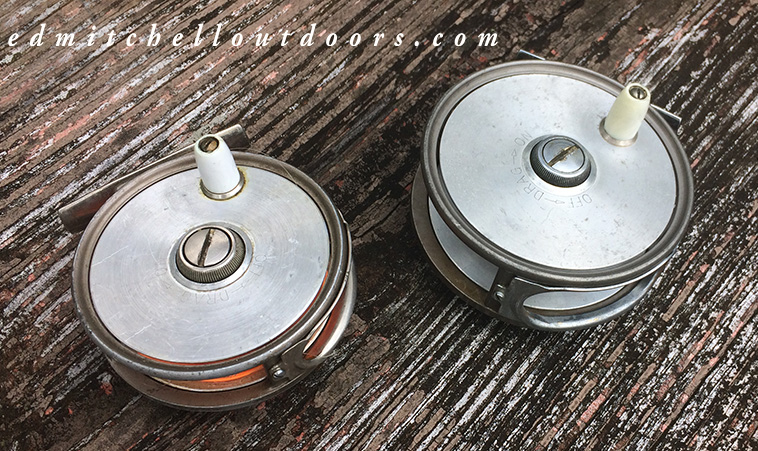 Ocean City is long gone, purchased by True Temper back in 1968. And fly reels were never Ocean City’s claim to fame. No, they were mainly a manufacturer of saltwater and spinning gear. But they produced fly reels for many years starting in the 1930s, constantly improving them as they went along.

Like the Hardy Lightweight series, these fly reels are built in the traditional “spool-in-cage” design. They have a white plastic, faux ivory handle. See the screw in the center of each spool? It secures the spool in place. (works with a dime or a penny) Surrounding that screw is a narrow drag tension knob. It operates just as you might suspect, by creating friction between the spool and the frame. The resulting drag is smooth enough and plenty adequate for trout. Both reels also have a “click” switch on the back. So you can run them with a “click” or silent, as you prefer. And the line guards are reversible. 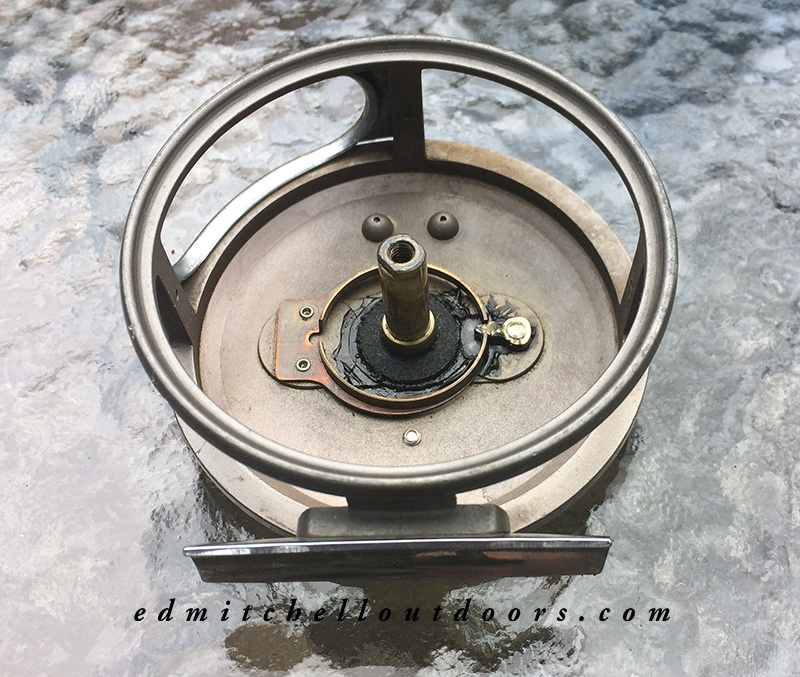 Remember I called them sturdy? Well the frames are thick by today’s fly reel standards. So even thought both reels are cast aluminum, neither is a lightweight. The “76” with a 3-weight fly line and backing aboard tips in at 6 ounces. The model “77” weight 6.2 ounces empty. But honestly I’ve never felt these reels were too heavy in the field. Still I would be hesitant about putting one on a very short light-weight rod. Say a 7′, 3-weight. Probably feel out of balance. But that “thickness” protects these reels if dropped. Yeah they’re tough puppies. 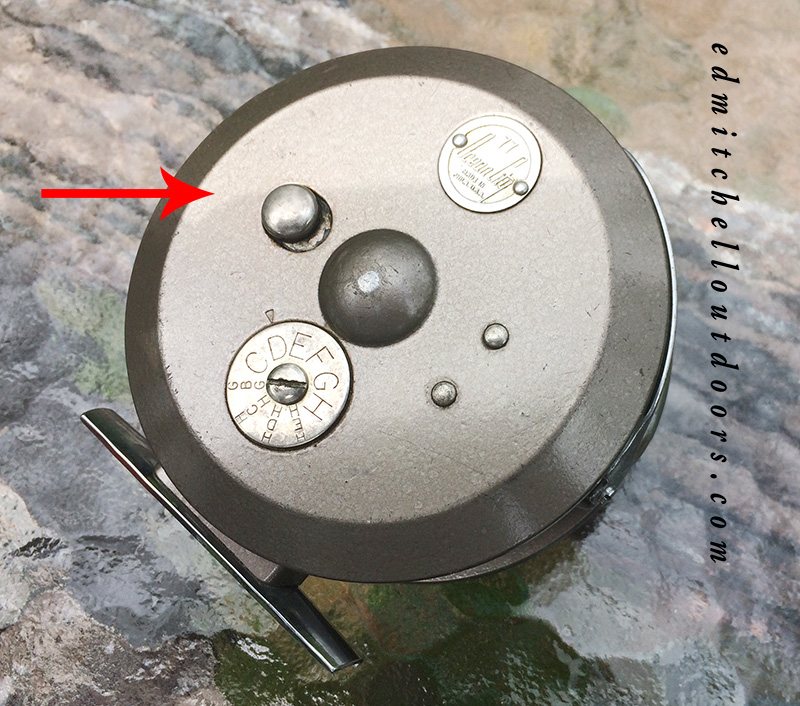 Wondering what that small chrome dial high on the back is for? The one marked  C,D,E,F,H? Prior to 1961, fly lines were classified by diameter not actual weight. And each diameter had an alphabetic designation. (for example a “F” line is roughly equivalent to 4-weight. A “D’ is a 6- weight, A “B”is an 8-weight)) This dial allowed you to set a reminder for which the fly line was loaded on the reel. Not a bad idea! 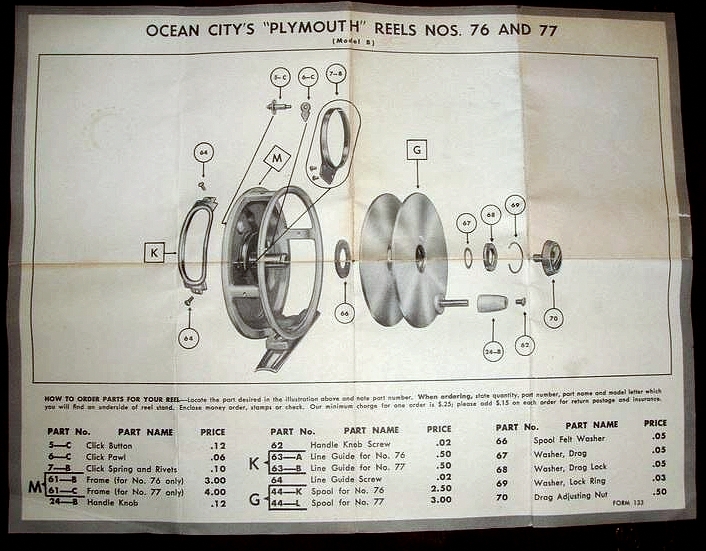 Are Ocean City fly reels collectible? Ahhh…..not really. After all, they were made by the thousands to be “blue collar” workhorses. But hey, nothing wrong with that.

This entry was posted in Fly Fishing in Freshwater, Gear. Bookmark the permalink.