Dave’s Super Moon Redfish: We just went through a waxing Super Moon. First on Friday with a -.1 low tide, followed by a  -.30 low tide on Saturday morning, followed on Sunday morning with a a -.50 low tide , and then a -.6 low tide today. Wow that’s some skinny water! 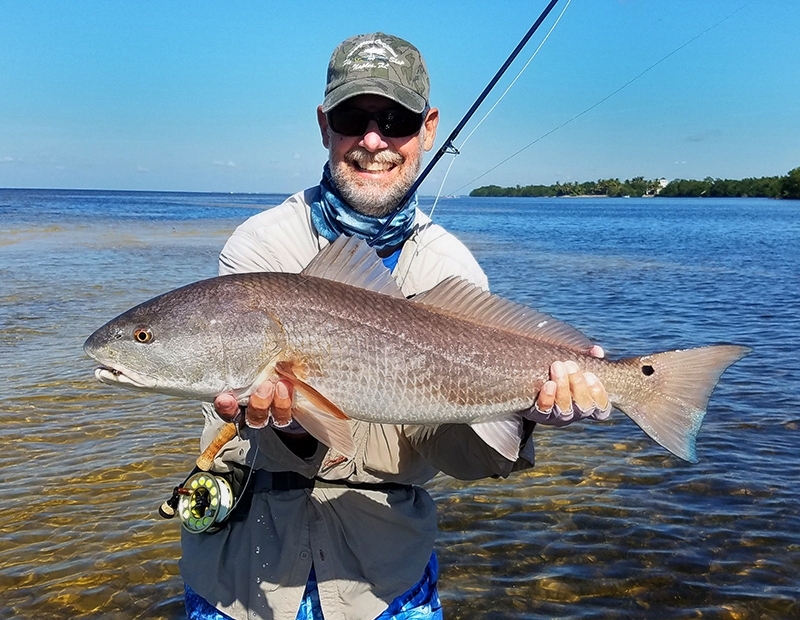 What on earth is a Super Moon? The moon’s orbit is elliptical, egg shaped. It ranges from a maximum distance to the earth of 251, 990 miles to a minimum  of 225,300. The maximum distance is called the moon’s Apogee, and the minimum is called the Perigee. When the moon is in Apogee, its impact on the tide is weakest. Makes sense right? On the other hand, when the moon is in Perigee, it pulls harder on the ocean, raising and lowing the water to a greater degree. And if the Perigee moon is also full, look out! Then we have a Super Moon, one that permits the moon to have it’s most powerful effect on the tides.

Sunday morning I caught a predawn boat ride with my friend Dave. We headed out to the flats hoping to find “tailing” reds. Terrific morning, low wind, Super Moon hanging on the horizon, a stellar start to the day. You wished you could put everything on “hold”, and fished on and on. But unfortunately”tailing” reds were scarce to nonexistent that morning. Oh well that’s life, but later on the incoming Dave nailed a nice red on a crab fly.  Here’s Dave’s Super Moon Redfish! And check out that blue-tipped tail.