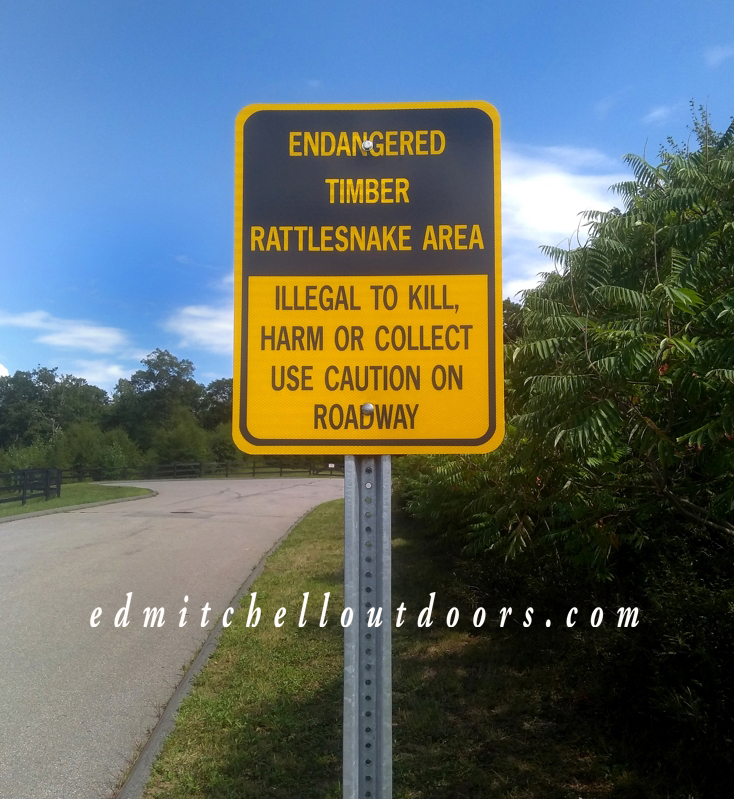 Been awhile since I did a post on these critters. In fact it was ten years ago. No I didn’t come across another one, but I did see a sign that reminded me of their presence. As you might imagine their numbers are declining. They are rare in Connecticut. And the decline is  largely due to interaction with people.

At one point in time these snakes were found in 20 Connecticut towns; that’s been cut in half. In part because we are encroaching on their habitat. Timber rattlesnakes like lush, wooded hillsides, the kind of place expensive homes are often built to catch a view. And I bet you know what happens next. Harm, in one fashion or another, comes to the snakes.

Remember that timber rattlesnakes are going to do all they can to avoid you. Yes they prefer to retreat. This snake has quite bit of color variation, especially between juveniles and adults.  Some timber rattlers are a mustard shade. Others brown. Some almost black. If you think you see or hear one, or even a snake you can’t identify, slowly back off. Give it a chance to escape. Don’t try to catch, kill, or handle it.  Let it live.