This post may seem a bit odd, in that it has nothing to do with fly-fishing, kayaking, or any other outdoor sport for that matter. Still I feel compelled to write it.

Recently my son was on Martha’s Vineyard. On a remote stretch of shore, he came across a dead dolphin. I believe it is a spinner dolphin (Stenella longirostris), at least the markings and long beak hint at that. The dolphin had no obvious signs of trauma, other than an eye poked out likely by gull. No indication it had been attacked by a shark, or hit by a boat. And that raises the very real possibility it was killed offshore in a net. 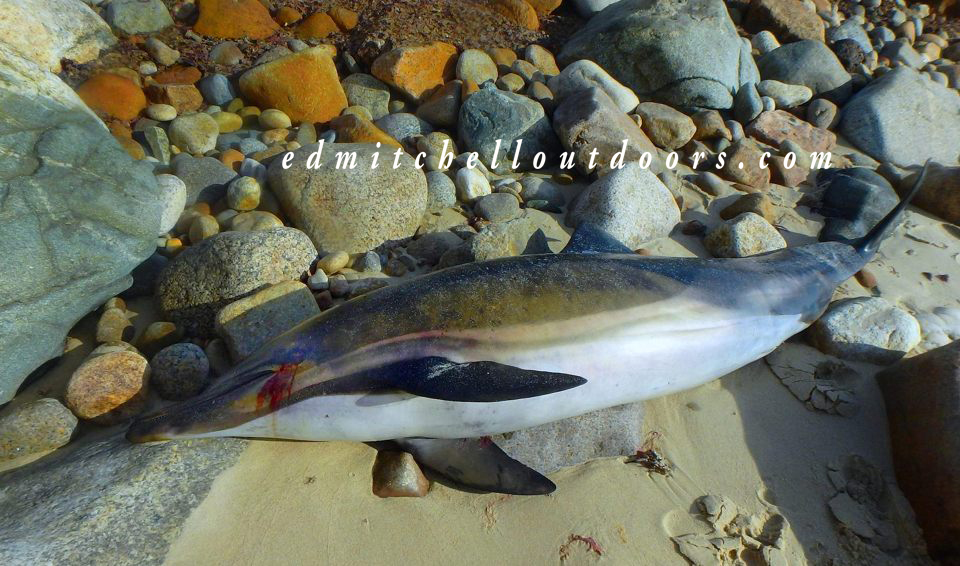 The worldwide commercial tuna fishery has killed and continues to kill an enormous number of dolphins. Studies indicate that between 1950-2018 over 4 million dolphins were caught as bycatch in the world’s tuna fishery. How does that happen? Dolphins school with tuna. Commercial fishermen realize that and set their nets around the dolphin, hoping to catch a large number of tuna as well. Obviously that has a devastating effect on the dolphins. In the Indian Ocean it is estimated that over 100,00o dolphins are caught annually as a bycatch in the tuna fishery. And that the dolphin population in that ocean has declined 90 percent!

Thankfully, here in our country  measures have been taken to greatly decrease that bycatch. Our canneries now only except tuna caught with dolphin-safe methods. And you will see that info printed on cans of tuna in the marketplace. That conservation effort has made an enormous decreased in the number of dolphins killed each year in our waters. But the number is still in the thousands.

During my years in Florida, I saw dolphins nearly every day. And I often kayaked alongside of them. They are amazing, intelligent critters, and deserve our respect.

This entry was posted in Environment, Wild Things. Bookmark the permalink.