In the previous post, I told you about my wet journey to the Church of St. Kilcatherine. In a much earlier post, I also offered you pictures of the many cross designs there are to be found here. Visit this post when time allows, I think you’ll find these crosses of great interest. Lastly allow me to mention something else that is tremendously fascinating and perhaps a bit eerie. This ancient graveyard has an underground entrance. You heard me right – an underground passage. Yes, I did descend into this small hole to investigate. My discoveries are detailed in a four post series back 8 years ago.

This time around, we look a little closer at the Church of St. Kilcatherine’s features and see a few more crosses including ones from this century. They show a quite different approach to honoring the deceased. Also be aware that my original pictures were done on a rainy day. A second visit occurred on a sunny day and hence the difference in the images. 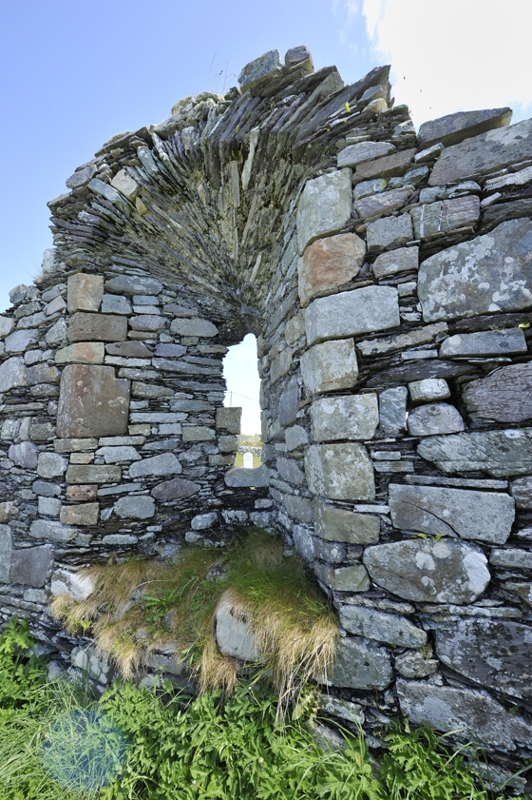 A large Window at the Church of St. Kilcatherine

As to be expected during a thousand year of rain and wind the church roof is gone. I think it was once built of wood, as Ireland in those years had expansive forests of large oak and elm. Yes, expansive forests. Granted that is very hard to imagine today, as Ireland only has 10 percent of its forest remaining.

The church’s stone walls show a good deal of skill. Look at how tightly the stones are fitted around this large window. I bet there was an altar at its base, and in my mind I can see a priest standing there backlit by the morning light, tending his congregation. If only we could see that moment! 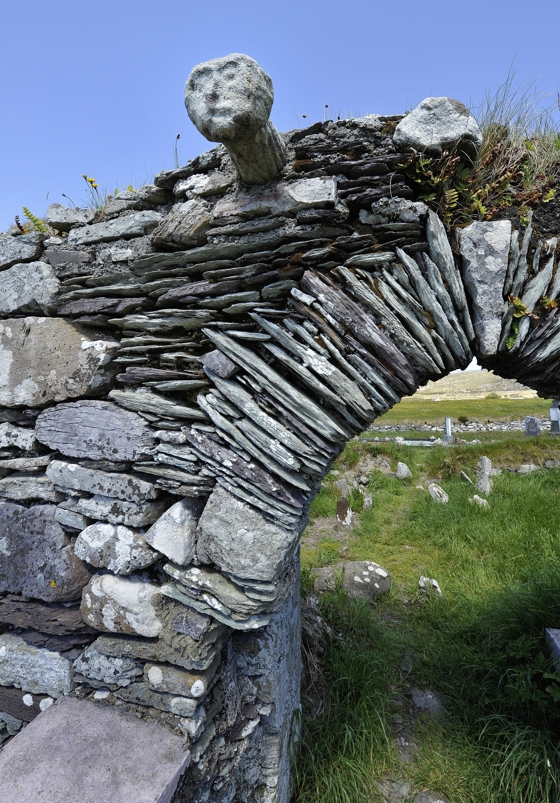 This doorway to the Church of St. Kilcatherine’s interior is another example of the workmanship shown by these builders. Its height indicates to me that early churchgoers were short in stature, perhaps around five feet tall. Now look up at the gargoyle over the doorway. It has been speculated this is a pagan sculpture, likely of a Cat Goddess. It is also speculated that christians appropriated this goddess, renaming her Cat- herine. Clever. 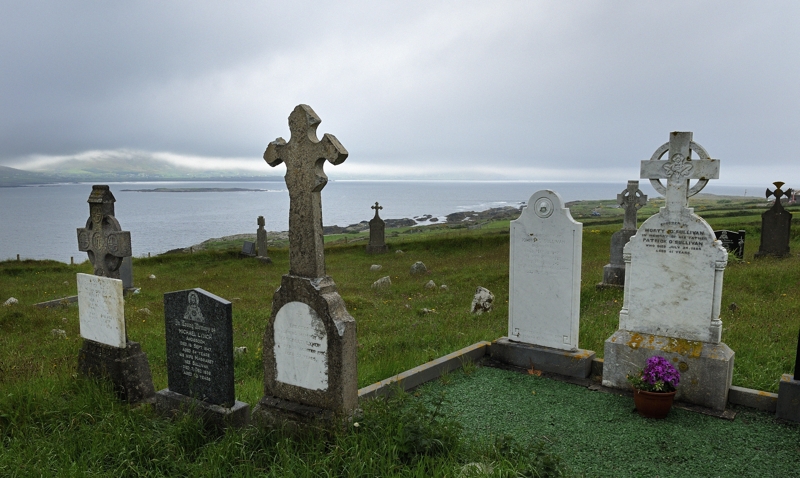 More old crosses at the Church of St. Kilcatherine.

The final picture show grave markers from this century. They are elaborate and ornate compared to the ancient markers, and found mainly in the front graveyard, by the gate.